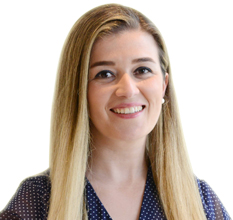 In 2000 graduated from Adana Chamber of Commerce Anatolian High School and in 2006 graduated from Istanbul University Cerrahpaşa Faculty of Medicine in 2006.

Having received a dermatology and venerology specialization, Sevinç Elinç Aslan completed her 2 years practice as state service obligation at Istanbul Beykoz State Hospital. Later, she had been working as a private doctor in Ataşehir for 2 years.